Coon and his team use something akin to a venture investment model in choosing projects: They look for early-stage questions that play to the strengths of the technology. They then run small pilot projects to demonstrate their potential, with the hope that some of these projects blossom into major new research directions. 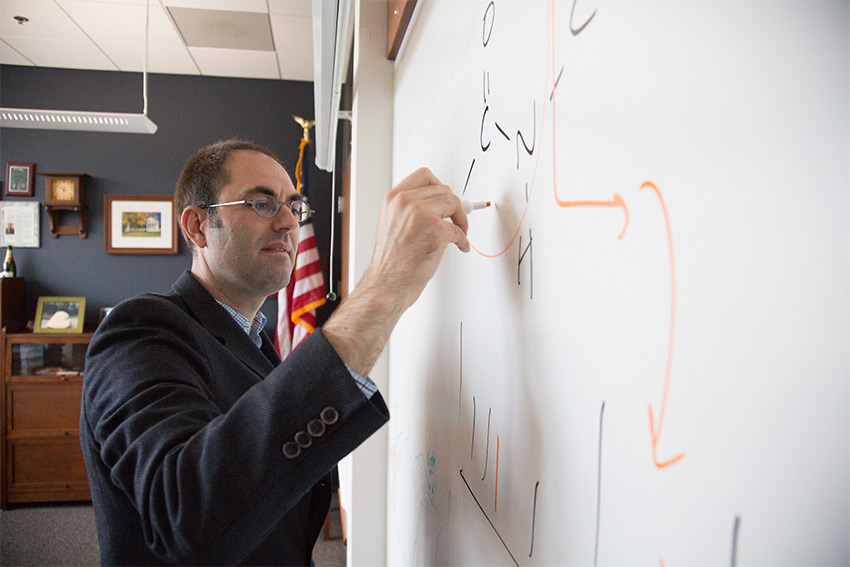 In the LBMS, researchers found a partner capable of unleashing the incredible potential of these samples and their associated cognitive and biomarker data. With mass spectrometry, they can study the metabolomics of these samples to identify potential early pathways of the disease — long before symptoms appear. Mass spectrometry is a method of determining the precise chemical identity of a substance.

“This technology was a great fit for what they wanted to do,” Coon says. “Together we did some pilot studies with equipment provided by the Morgridge Institute and generated some promising data. We then wrote both a UW 2020 proposal and a National Institutes of Health research grant, and both were funded based on this preliminary data.”

Corinne Engelman, associate professor of population health sciences and principal investigator on the NIH project, says this is a very exciting new path to investigate Alzheimer’s. “We’re finding that there’s a particular metabolite that’s found in different levels in people who are declining in cognition than those who are remaining cognitively stable,” she says. “And that finding has been replicated in both datasets.”

The pilot study began with 83 WRAP subjects — 55 stable and 28 in cognitive decline — and 72 subjects from the ADRC test group. The two major grants will enable them to study more of the collection of 8,000 samples and associated brain images, lifestyle and genetic data.

Of the 615 metabolites tested in the pilot study, seven were statistically significant, she says. Four were phospholipids — molecules that provide structure to cells — that were all present at higher levels in cognitive decliners versus non-decliners in mid-life. However, in the decliners, the levels decreased over the decades, whereas in non-decliners the levels increased.

“I would say the seed funding was more than helpful, it was critical,” she says. “Based on the reviewer comments, if we didn’t have this pilot data that proved we could do this, we may not have been funded.”

Engelman says one great benefit of “mass spec” technology is the ability to find both genetic and environmental signatures (such as diet) in metabolism. “If we could find a dietary factor that could offset the effects of problematic metabolites, that would be very important.” This work might also lead to new drug development and be used as an early diagnosis tool.

Sanjay Asthana, director of the ADRC, says UW-Madison is a leader in applying so-called ‘omics’ studies — metabolomics, proteomics, and others — to questions of Alzheimer’s cause and progression. He says it will be especially helpful at the “preclinical phase” of Alzheimer’s, where the disease has started but symptoms have yet to appear. More than 5 million Americans suffer from Alzheimer’s, and Asthana estimates that millions more are in the preclinical phase.

“Our hope is that we will eventually find new treatments to keep these people from ever getting the disease, or really delaying the onset of the disease itself,” Asthana says. “We’ll stop the disease before they have the disease.” 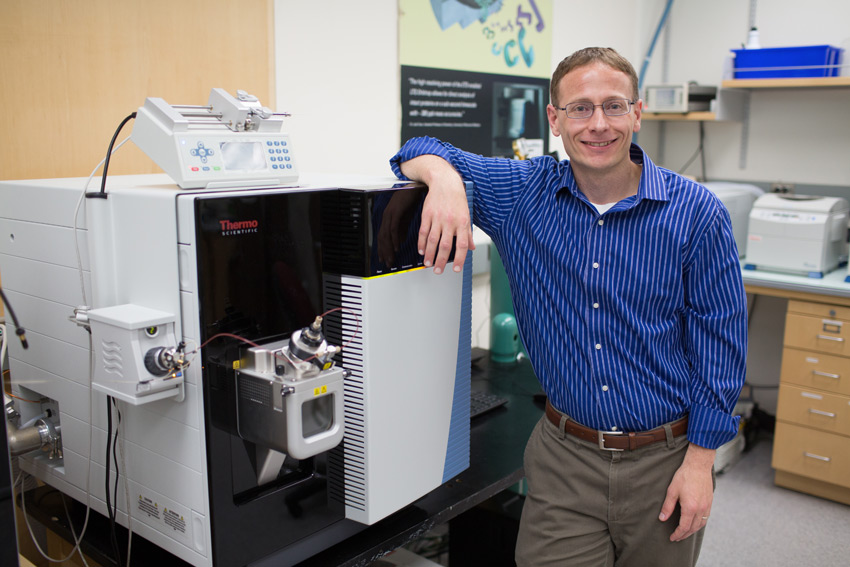 Jason Russell, a Morgridge staff member and associate director of LBMS, says the power of mass spec for studying complex diseases is its speed, sensitivity and specificity. In an hour, it can quantify as many as 700 different metabolism-related compounds in a sample and determine their exact chemical compositions. No competing technology can rival its molecular profiling capabilities.

“Nobody is certain how metabolism is disturbed in Alzheimer’s cases, so there’s no obvious place to start,” he says. “We’re able to analyze almost everything. The breadth of molecular diversity we’re able to measure is unparalleled.”

LBMS averages a new project each month, and several look to be following the successful path of the Alzheimer’s project. One is with Vincent Cryns, professor of endocrinology, who is researching alternative ways to treat breast cancer through dietary changes. Cryns is focused on an amino acid called methionine, which, when restricted in diet, weakens cancer cells and makes them easier to kill. The mass spec resource enables Cryns to precisely measure nearly a dozen compounds related to methionine metabolism.

The Department of Biochemistry also made an inaugural $300,000 investment in the laboratory. Coon says they designed the LBMS deliberately as a collaborative center, rather than a pay-for-service lab, in order to prioritize the highest-impact studies. Eventually, they anticipate the lab will pay for itself through support grants written into future research funding.

This article was not written by Coon Laboratories and can be viewed found via the Morgridge Institute for Research here: https://morgridge.org/newsarticle/technology-investment-enables-big-leap-alzheimers-research/