This article was not written by Coon Laboratories and can be viewed in entirety via the University of Wisconsin-Madison here: http://news.wisc.edu/yeast-knockouts-peel-back-secrets-of-cell-protein-function/#sthash.WaNxDjfx.dpuf

Proteins are the hammers and tongs of life, with fundamental roles in most of what happens in biology. But biologists still don’t know what thousands of proteins do, and how their presence or absence affects the cell.

The intellectual black hole extends to mitochondria, the cells’ energy machines, which falter in more than 150 diseases, including cancer, diabetes, Parkinson’s and numerous genetic disorders.

To fill in the blanks on mitochondria, researchers at the University of Wisconsin–Madison deleted 174 genes, one by one, in yeast. They then subjected the yeast to high-intensity mass spectrometry to measure unprecedented detail on thousands of metabolic products, including proteins, intermediate chemicals called metabolites, and lipids. 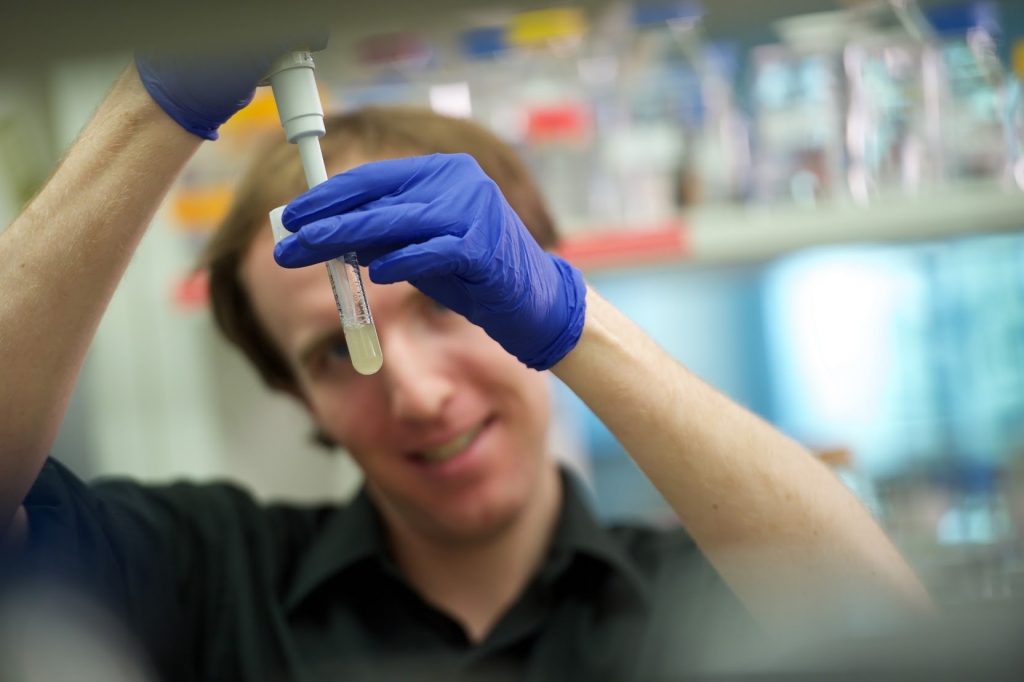