Three University of Wisconsin—Madison researchers have won a prestigious, five-year grant to establish the National Center for Quantitative Biology of Complex Systems, which will develop next-generation protein measurement technologies and offer them to biologists nationwide. 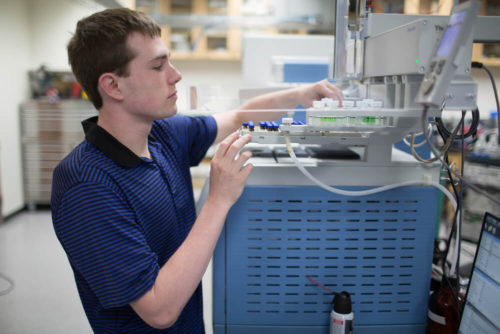 It is proteins that do the work in the body: Hemoglobin, for example, holds oxygen for transport in the blood stream, while insulin helps regulate sugar in the blood. Knowing which protein forms are present in what quantities, their subcellular location and their function is critical to understanding health and disease.

The scientific technique of mass spectrometry, or mass spec, can already recognize proteins, but the researchers are eying a speed-up akin to that which revolutionized genetics research over the past 20 years.

Genes are vital carriers of information and templates for proteins, says co-investigator David Pagliarini, a UW–Madison professor of biochemistry. But genes alone don’t explain everything.

“There is lot of action between the gene, the protein it patterns, and the actual biological result,” he explains. “Mass spec technology allows you to measure the proteins, which are closer to action, and we plan to push the limits on pace, depth, throughput.”

The center, funded at $6 million by the National Institutes of Health (NIH), will develop and make available advanced protein measurement technologies, says Josh Coon, a UW–Madison professor of biomolecular chemistry and an expert in mass spec. “These are complicated, high-end instruments that hundreds or thousands of biomedical researchers who are funded by the NIH need access to. There are many problems that are not solved with current technology, and that high-throughput mass spec can address.” 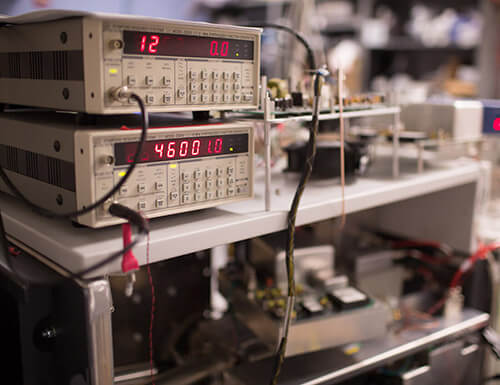 Two among the many areas of interest concern lung cancer and diabetes, Coon says. “We have researchers who want to examine proteins related to the function — or failure — of the pancreatic cells that make insulin.”

The center will serve as a training ground in mass spec and a laboratory to invent new techniques and equipment. One tactic to be explored relies on parallel processing, an approach like the one that fed a revolution in gene sequencing.

Co-investigator Lingjun Li, a UW–Madison professor  of pharmacy, will develop chemical markers to identify individual samples after they are mixed for mass spec analysis. In a similar vein, Coon will explore “metabolic tags” composed of amino acids that enter proteins after being eaten by lab animals.

“We are not developing technology in a vacuum,” says Li, “but with specific biomedical needs in mind. Our methods will be broadly available to NIH researchers, and they will be the test bed that validates our methods.”

Pagliarini says he will serve as “a bridge between technology development and biological applications. Our future collaborators have told us there are certain problem out there waiting for a solution in new technology.”

“The NIH wants the center to invent and disseminate technologies,” says Coon. “We hope to do for proteins what high-throughput sequencing has done for genomic studies.”

The National Center for Quantitative Biology of Complex Systems is funded by NIH grant P41 GM108538.